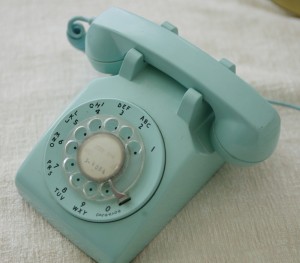 When God called Samuel in the temple, Samuel was just a boy. I imagine he was about 8 or 9 years old. He had been dedicated to the Lord by his mother Hannah, and was being raised in the Temple at Shiloh, by an old priest named Eli. Samuel’s job in the temple was to open the doors in the morning, and close them at night. He probably swept the floor, and maybe even helped light the sacrificial fire, but he was still very young, and “he did not yet know the Lord: the word of the Lord had not yet been revealed to him.”

One night as he was trying to sleep, Samuel heard a voice calling his name.  He thought the voice was his guardian Eli, calling to him. Samuel pestered Eli three times that night before it dawned on Eli that it might actually be God calling Samuel. You might think that as the high priest, Eli should know better, but the text says that “In those days the word of the Lord was rare, and visions were not widespread,” and it just didn’t occur to Eli that God would be calling such a young boy.

We see a similar situation happening in Mark’s Gospel, when Jesus was walking by the Sea of Galilee.

Here we get a glimpse into the lives of hardworking fishermen. Brothers Simon and Andrew, and another pair of brothers, James and John, have set up small businesses on the shore. They have a couple of boats, some large nets, and the necessary muscle for physical labor.  They are up before dawn, heading out to sea to catch fish, which they sell once they get back to shore. It’s not an easy way to make a living.

When you consider that these four men were faithful Jews living under Roman occupation that just adds another layer of socio-political tension to their lives; the roads may have improved, but the taxes are high and there isn’t a lot to like about living under Roman occupation. They still worship at the Temple in Jerusalem, but it has been a long time since there were any prophecies or visions in Israel. The voice of the Lord has been strangely quiet for centuries.

So the Galilean fishermen are mending their nets and they see Jesus walking down the beach, preaching to anyone who will listen that the Kingdom of God is right here, right now. The fishermen may have heard that He is a cousin of John the Baptizer, who was recently thrown in jail for insurrection. You really have to wonder what they were thinking though, when Jesus walks up to our fishermen and says “Follow me, and I’ll make you fish for people.”  I’m sure Zebedee was thoroughly baffled (and more than a little annoyed!) when his two sons dropped their nets and just walked off.

Of course, no one expects God to call them, do they?

When I was about 10 years old, more than anything I wanted to become an acolyte and light the candles for worship in my Lutheran Church. I asked the pastor repeatedly – he kept insisting that only boys could serve as acolytes – and only after I demanded to know where in the Bible it said that girls couldn’t light candles, did he relent.

I was so proud to wear the white linen alb, and solemnly walk down the aisle of the church to the chancel carrying the long, brass candle lighter. I felt that lighting the candles was a very important job, since the worship service couldn’t begin until the candles were lit! I also got to sit next to the pastor in the chancel area, during the entire service.

It was during one of those services that I was overcome with a feeling I can’t even begin to describe. I just knew – with everything in me – that God was calling me to become a pastor.

Why would God call me? I was a little blonde girl from Massachusetts who just wanted to light the candles! I wasn’t even in junior high school! And this was the late 1970’s. To say that prophesies and visions were rare would be an understatement! A few years later when I told my parents I felt called to the ministry, they laughed. I decided that I must have misheard, and so my call was put on hold…for decades.

When God calls, you can run, you can hide, and you can ignore it. But God is very patient. It may take years, but eventually God’s call becomes louder and clearer. As for me, I didn’t even begin Seminary until I was 39 years old. Then it was another 10 years before I became a pastor and was ordained as a Minister of Word and Sacrament.

God has this habit of calling the least likely people in the most unexpected ways. Children? Fishermen? You? Sure! Samuel became a prophet, and those fishermen became Apostles.

What will you become when you answer God’s call?