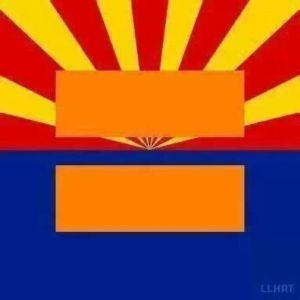 On Friday Arizona became the 31st marriage equality state. In a way it was anticlimactic; a judge stated that Arizona’s ban against same-sex marriage was unconstitutional, and the attorney general decided not to appeal further. Ta-da!

Since I am a Christian pastor, many folks assume that I am (or should be) morally outraged about this turn of events. I am not. In fact, I am celebrating this!

If two people are in love and committed to one another and want to be married, then they should be able to get married. If those two people happen to both be gay men, that’s fine by me. If they happen to be lesbian women, that’s fine by me too. Their marriage does not affect my marriage or my family in any way that I can see. Can anyone honestly point out how Steve and Larry getting married hurts anyone?

Christians rail against sex outside of marriage, and then say “but you can’t get married.” That just smacks of vindictiveness. Only 40 years ago, interracial marriage was illegal and was considered shocking in much of this country. I don’t believe that interracial marriage “ruined” marriage for anyone…but the same arguments against same-sex marriage were made against interracial marriage: “It’s not natural!; It’ll ruin marriage!; It’s against God’s law!; What about the children?” etc. To me, it’s the same principle.

As a pastor, I understand that there seem to be Biblical arguments against homosexual behavior, but I don’t believe the Biblical writers were familiar with the concept of sexual orientation; just as they weren’t familiar with the concept of gender equality. For instance, in the Biblical era, a woman’s testimony in court was not worth that of a man’s. The cultural belief (their worldview) was that women were only half as intelligent and half as reliable as men. It never occurred to anyone to question that idea. We now know from brain scans, university studies, and our own experience, that women and men are equally intelligent. Just as the Biblical writers would never question their idea of male intellectual superiority, they would never have believed that some people may not be attracted to the opposite sex. It simply would never have crossed their minds that someone could be oriented differently when it comes to sexuality.

I have done my research on the sexual prohibitions in the Old Testament. The Scriptures that prohibit same gender sexual relations were always addressed to heterosexual married men; not gay, lesbian, bisexual or transgender people (LGBT). The prohibitions are actually condemnations of various forms of adultery. The list of abominations in Deuteronomy is long and includes sex with one’s mother-in-law, sex with other near relatives (incest), sex with animals (bestiality) and homosexual acts. It would seem that some heterosexual married men at the time did not consider sex with another man to be an act of adultery, because it did not involve sexual acts with a woman. On the other hand, being caught cheating on your wife with another woman (especially one related to you) could get you stoned to death, hence the Levitical laws. I might also point out that eating shellfish and wearing clothing of mixed fibers were also considered abominations.

Male-on-male rape was a recognized – but not often explicitly talked about – weapon of war in ancient near east cultures. Just read the story of Sodom and Gomorrah in Genesis 19. A crowd of men surrounded Lot’s house and insisted that he send his three male guests outside so the men in the town could gang-rape them! This particular behavior was not about sex, committed love relationships, or sexual orientation. It was about power and control. It is using sex as a weapon, and it still happens today. In fact, GQ just published a story about male rape in the military. The perpetrators of male-on-male rape do not identify as gay. The men in Sodom were heterosexual, probably married, men.

I have also done word studies on Paul’s epistles mentioning this subject, and I believe the activities Paul was referring to in Romans 1, 1 Corinthians 6, and 1 Timothy 1, were actually heterosexual married men visiting male temple prostitutes. He was also speaking against the Greek proclivity for sexually using young boys, so as not to be committing adultery with a woman, or deflowering a virgin prior to marrying her.

What we read in English as “effeminate” or “homosexual,” has been translated from the Greek that Paul used. The Greek word μαλακός [malakos] is translated as soft or effeminate, and literally means a boy kept for homosexual relations with a man, or a male prostitute. The Greek term ἀρσενοκοίτης [arsenokoitēs] is a combination of arsen, meaning male; and koites, meaning sexual promiscuity. It’s been translated as one who takes an active male role in homosexual intercourse (male-on-male rape), and can also be translated as male-on-male pedophilia, or sexual promiscuity in general.

These prohibitions were not aimed at LGBT people, but heterosexual men engaging in abusive, pagan practices that have no place in a believer’s life. I believe Paul was speaking out against child rape, a loop-hole in adultery laws and specific non-Jewish cultic practices of temple prostitution in the Greek cities of Corinth and Ephesus. He was not speaking against LGBT people or homosexuality as an orientation; because again, I don’t think it ever crossed Paul’s mind that “sexual orientation is a thing.”

Every single gay or lesbian person I know has known that they were gay or lesbian since they were 5 or 6 years old. Their first crush was on someone of the same gender. They certainly didn’t choose to be LGBT. And as one friend put it, “Why on earth would I choose to be gay, knowing how much bullying and crap I would have to deal with?”

Perhaps this is what Jesus meant when he said “Some men are eunuchs because they were born that way.” (Matthew 19:12, emphasis mine) A eunuch was a person who was considered “sexually safe” around women – a man who was either physically castrated, or unable to engage in heterosexual intercourse for some other reason. It would also be an apt description for a gay man in the first century.

Jesus never said one word against homosexuality, LGBT people or differing sexual orientations. Not one word. He certainly had issues with people who were self-righteous and judgmental; much more so than he did with any of the “sinners” he spent time with. Jesus instructed us to love one another. Period.

And so, I take my cue from Jesus – I am here to love people like Jesus did. And today I celebrate the fact that my LGBT brothers and sisters in Arizona can get married!

18 thoughts on “All Things Being Equal”