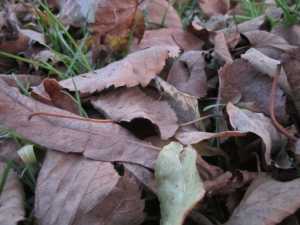 It’s no secret that many churches have dwindled in size. Prominent churches and pastors are embroiled in controversy. Not a week goes by that I don’t have someone tell me that they’ve left organized religion or that they’ve walked away from Christianity altogether. There’s so much pain, so much dysfunction, so many issues.

As I was talking to another pastor about this, we started wondering aloud what would need to happen for churches to turn around. “Sometimes I think the church is hopeless,” he told me. “Have you ever thought that the only way things can be made right again is to plant new, healthy churches?”

Sometimes it does seem hopeless, doesn’t it? Sometimes it seems like the church (at least in the western world) is in crisis mode, and it’s hard to know what – if anything – can be done about it.

But even still, I pushed back against the suggestion that the only way for there to be health and vitality in the church is to start over. I said that while I think starting new churches using healthy church plant models is an important part of the equation, I still have hope that existing congregations can change where they need to change. I don’t think these places are hopeless places.

I don’t think any place is a hopeless place.

I don’t think any place is an impossible place.

No matter how broken or difficult a place may be, I don’t believe that any place is beyond the reach of God’s transformation.

I’ve been told I’m an idealist or a dreamer. I’ve been told that if I wait a few years the cynicism and jadedness of ministry will overtake me. Perhaps I haven’t been burned often enough. Maybe I haven’t suffered enough. I haven’t worked and worked with little to show for it for enough years to make me weary and hopeless. At least that’s what I’ve been told. But, I don’t think it’s that at all.

Whether the struggle du jour is women in church leadership, what kind of community presence and ministry to have, what kind of songs to sing, how welcoming we should hope to be as a church, I don’t believe there is any such place as a hopeless place.

Even from the depths, the psalms still resound with words of hope and assurance:

“Out of the depths I cry to you, O Lord.
Lord, hear my voice!

…O Israel, hope in the Lord! For with the Lord there is steadfast
love, and with him is great power to redeem.” [1]

Even the wickedness of Nineveh wasn’t too much for God to overcome – and with a half-hearted prophet as God’s spokesperson at that. [2]

In the valley of dry bones, Ezekiel was asked if the bones could ever live again. Even then, even in the driest and most desolate place, Ezekiel knew that God could bring about transformation. He responded, “O Lord, God, you know.” [3]

No place is too far gone to be restored. No place is too broken to be healed and redeemed. The church isn’t hopeless, and God will not leave us or forsake us. The real question is not whether the church is too far gone to be redeemed, but whether God is calling us to remain for the duration. I think there is real and redemptive value in sticking it out. Far too often our culture promotes getting out of the boat rather than rocking it. And I get it. It’s hard to stay. It’s painful to stay.

Sometimes we need to stay. Sometimes we need to be voices for change. But, we also have to be discerning. Our lives and our ministries have seasons. Sometimes it is a season of staying and working for change. Other times it is a season of bursting out of the difficult, dysfunctional, broken places and seeking places of restoration and renewal. But, even when God calls us to move on to a healthier place, we have to remember that God can still work for transformation in the places we are leaving behind.

All places can be changed. Sometimes dysfunctional and unhealthy churches close to make room for new and vibrant ones. Sometimes a place has to be stripped down to the basics and be rebuilt. No place is completely hopeless. The winds of the Holy Spirit can always ignite the hearts of those gathered. No place is hopeless, even if we are not always the ones called to stay and work for change.

14 thoughts on “The Church Is Hopeless”

April is a pastor, wife, mom, and lover of words. She finds inspiration under the big Nebraska skies, in the garden, in the yarn aisle, and in the kitchen. Learn more about April here, and join the conversation on Facebook and Twitter. April writes for At the Table with April Fiet (http://aprilfiet.com) View all posts by April Fiet