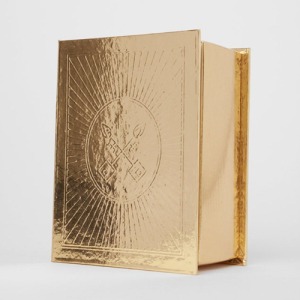 “We believe in a traditionally Christian sexual ethic: that God created human beings male and female, and that any sexual intimacy outside of a faithful, lifelong marital union of a man and woman is contrary to His plan.”

It is not important which one of the many tens of thousands of anti-LGBTQ equality websites the statement comes from. What is of utmost importance is that if you asked almost anyone on board this site: “But what about all of the men taking multiple wives in the Old Testament?” The sharpest among them would undoubtedly answer something like this: “They got that wrong… that was not God’s design.”

Yet if you asked the same men (they are almost always, exclusively men, with a few exceptions) about Deuteronomy 20’s commands for warfare: taking women and children as “booty along with livestock, and everything else in the town as spoil” or about the orderly instructions for selling your daughter as a slave in Exodus? The same men will respond: “Well, God works in mysterious ways. Who am I to question the inerrant, infallible word of God?”

If you call them on the double standard…. “Oh no! It’s not. See, God is never explicitly purported to instruct or condone multiple wives throughout the biblical texts. But some of these other things that offend our modern sensibilities are attributed directly to the mouth of God.” With a distinction between narrative and didactic texts (especially those attributed to the mouth of God) they have a loophole.

It is well passed time to call this kind of biblical interpretation into serious question. Such arguments from silence are best treated as a fallacy in serious biblical studies. A long view of scripture reveals that the Patriarch Abraham – the Patriarch of Patriarchs – twice passed his wife off as his sister to be married to another man. He also took his wife’s slave as his own wife and had a son with her. And yet he is the only man the called “a friend of God” throughout the Old and New Testament Scriptures. David had eight wives, a few concubines and possibly a lover in Jonathan (I’ll let you re-read 1 Samuel 18; 1 Samuel 20; 2 Samuel 1 and judge for yourself). What does David get for having multiple lovers? He get gets the honorary title of being a “man after God’s own heart.” Solomon purportedly had 700 wives and 300 concubines. And while the tradition does attribute his downfall to his love for foreign women and chasing after foreign gods, it also attributes the definitive book of love and romance to him: Song of Songs/Solomon. And in I Kings, Solomon gets this outstanding endorsement from God, “I give you a wise and discerning mind; no one like you has been before you and no one like you shall arise after you.”

Are the majority of Christians – conservative or progressive – prepared to say that God endorses polygamy? No. The history books of I and II Kings, like other books in our sacred canon – a library of various genres including the poetry of Psalms, Wisdom of Job, the prophetic voice of Amos and much more – they were are all written by errant, fallible human beings. That is why we find – and should expect to find – multiple historical, philosophical and moral discrepancies. Did Judas die by hanging himself or by taking a headlong dive and bursting wide open? Was Ahaziah 22 or 42 when he began his reign? How many pairs of clean animals did God tell Noah to take into the Ark, 2 or 7? How many women were at the empty tomb? Is good and evil rewarded in this life tit for tat like Proverbs teaches? Or is life more like Job, full of inexplicable suffering for people who don’t deserve it?

And why did the deuteronomic historian have God giving such godawful, terrible instructions for the complete annihilation of Israel’s enemies? More terrifying still, the book of Joshua seems to confirm that such things came to pass. Yet, the Old Testament witness is full of instructions to take care of the resident aliens in the land. These passages assume that complete annihilation of the various Canaanite people groups did not happen. Moreover, they command a much different kind of treatment of those who inhabited the land before the Israelites took it captive than Deuteronomy 20 does.

People get themselves into serious trouble when they start to worship the instruments of religion, indispensable as they may be: the elements used in sacred ceremonies or rights, the communal/religious identity of a people and of course the sacred text(s) that point us to our God. The goal is supposed to be worship/adoration/gratefulness towards the Divine reality these things point to. With standard edition leather covers and gilded pages of gold, has the Bible become our golden calf? Taken as a whole, the Scriptures of the Old and New Testaments are indeed the Word of God, and do contain all things necessary to salvation! They can serve as a brilliant light unto our path! But to treat the Bible as the words of God is drastically reductionist and disrespectful to the human authors and to God (among a host of other problems). Perhaps it is time that we Christians stop making an idol of our Bibles and start using it as a guide to direct our worship toward the Triune God revealed therein.

4 thoughts on “Golden Calf or Light Unto the Path?”

Writer. Poet. Music Lover. Vinyl Enthusiast. Currently working on Playlist: A Memoir Writing and performing as much as I can in Grand Rapids, MI View all posts by Wayne Bowerman