“Belhar’s relevance is not confined to Southern Africa. It addresses three key issues of concern to all churches: unity of the church and unity among all people, reconciliation within church and society, and God’s justice.”
~ From The Belhar Confession’s Prologue

Over the next couple of weeks we’ll be talking about The Belhar Confession. 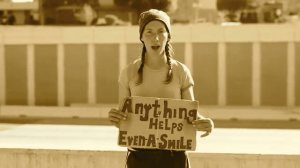 I spend a lot of my time – a lot of my time – with “the poor”. Not the poor of spirit, the real poor – homeless folks, folks with mental illness, folks with cell phones provided by the government who take the ambulance to the ER for basic colds because they don’t want to walk to the hospital and they know they’ll never have to pay for it.

So I get how they think – in fact I think, in some backwards-discipleship way, I’ve become one of them. I understand scarcity mentality, survivalist mode, covering your pain with substances and getting used your own stench (figuratively & literally – on any given day, my office could smell like pot, alcohol, B.O. or some combination of those).

The very poor are an upwardly-mobile people by nature. To be anything else would be too depressing to bear. You can only take “redeeming your square inch” so far when your square inch is where you sit in your own filth and beg.

And so I think, in truth, that Reformed theology is an awkward fit for people whose lives suck.

Think about those places where Reformed theology has thrived historically: Western Europe, South Africa, North America, Eastern Asia – places where, relatively speaking, people are pretty well-off. But where has it not? Latin America, Africa, Central Asia, the Middle East, Eastern Europe – desperate places with significant portions of the population fighting for survival. What theology flies there? Pentacostalism, Catholicism, Mormonism.

This is why I love the Belhar Confession. 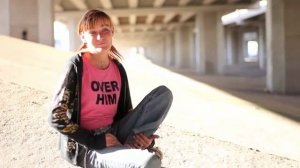 Out of the conflict of the haves & have-nots in South Africa, a theology was forged with Reformed roots that is accessible to those who have not yet arrived. Much of it necessitates action on the part of the confessor. It paints a picture of a fractured society and what must be done to put that society back together. More than any of the older Reformed Confessions (Heidelberg, Belgic, Dort) it has a relational element to it – and there’s a reason for that:

The Belhar Confession is forged through human conflict rather than intellectual conflict.

And that’s why the rest of our confessions are so inaccessible to many of my people. It’s not that they’re not smart enough to grapple with the finer points of Calvinism – it’s that they don’t have the luxuries of expendable time/energy/brain space for all of that. They’re in a struggle to survive. Intellectual argumentation is a luxury good and, as such, may never be accessed by the very poor. But as they struggle for survival, as they work through desperation, as they seek to put back the pieces of their often-shattered lives, then learn what the Kingdom is about and what it is not.

So, while it might not be a perfect document, the Belhar Confession goes a long ways in taking our discussions out of the ether of intellectual debate and into the stadium of messy reality. And messy reality is where real people live – real people with problems that have actionable solutions. Let us be inspired to go beyond talking, blogging, NPR-listening, singing and throwing youth groups at the poor.

Let’s build real cross-class relationships – the kind of relationships that end with your house, office and church having that same funky smell mine does.

And let’s do it for this reason:
“We believe that God is, in a special way, the God of the destitute, the poor and the wronged and we believe that God calls the Church to follow Him in this.” (Belhar Confession, Article 4)

**The photos on this post are of actual homeless friends of mine. Cindy, in the 2nd picture, died of an overdose in the forest near our church (where she lived) recently.

3 thoughts on “Belhar Part III: Is Reformed Theology Bad News for the Poor?”