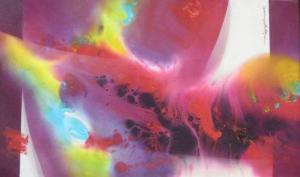 Epiphany (noun) a moment in which you suddenly see or understand something in a new or very clear way.

When I was 10, I wanted to be an acolyte in my church. I desperately wanted to carry the brass candle lighter down the aisle (in the “procession!”) wear the little alb, and solemnly light the candles. Acolytes got to sit next to the pastor up in the chancel area throughout the entire worship service. In my 10-year old mind, that was almost like sitting next to Jesus; very cool.

At thirteen, I knew in my heart that God wanted me to be a pastor. I felt called, and wrote in my journal one Sunday, “I received THE CALL in church today! I’m going to serve God and be a missionary or a pastor someday.”

And then my life took a sharp left turn. I won’t bore you with the sordid details; just suffice it to say God and I were no longer on speaking terms.

One Sunday morning during my rebellious teenage years, I defiantly told my mother that I was not going to church with the family anymore because I didn’t even believe in God. She angrily insisted I pray for forgiveness. [And I wondered to whom exactly was I supposed to pray, seeing as how I just said I didn’t believe in God.]

For the next 10 years or so I opted to worship the gods of alcohol and decadence, instead. I told myself that humans invented gods to justify their own existence. At twenty-one, that sounded very academic and profound to me. Especially if I’d been drinking.

Flash forward. At 28, I was married and expecting my first child. I managed to put drinking on hold as soon as I realized I was pregnant. And then, at 10 weeks along, I felt it. I was lying on my back and felt a fluttering, followed by what I can only describe as tiny butterflies trying to tickle me from the inside. It was the most bizarre and amazing feeling I had ever experienced.

In that instant I knew…I was absolutely, positively certain!…that God existed! And, not only did God exist, but He hadn’t forgotten me and still loved me. This was my epiphany. And God was allowing me (me!) to carry and nurture this tiny miracle in my body! God was letting me participate in the creation of a life. In that instant, I changed.

I cherished every moment of my pregnancy. Despite the exhaustion and loss of my waistline during the first trimester, I felt pretty good. I loved feeling my baby move, even when she kicked me in the ribs. I didn’t crave any strange foods, although all of a sudden I couldn’t stand the very idea of chili. I became all domestic, and even began sewing items for the nursery!

According to my husband, the most bizarre “pregnancy thing” I did was insist that we begin attending church. I could not explain this compulsion: it was as if the tiny Lutheran church in our town was a magnet, and I was made up entirely of aluminum. My new-found interest in God was somehow threatening to my husband. I was not the same woman he married. He even accused me of lying: I had back-tracked and renounced everything I previously said I didn’t believe in, if that makes sense.

Epiphanies are never convenient. When the Magi spotted the star that led them to Bethlehem, they set out on a journey that took almost two years, one way! Whether they were traveling on foot, or by camel caravan, two years is a LONG time to be on the road. When you consider that eventually the Magi turned around and went home – another two years – their epiphany was hardly convenient.

When Moses realized it was YHWH speaking to him out of a blazing shrub, he had no idea how complicated his life would become. His epiphany certainly wasn’t convenient, but it changed everything for the entire nation of Israel and, one might argue, for the entire world.

Saul (Paul) had an epiphany that caused him to completely reverse course and become a leader of the very group he had previously persecuted and murdered. Try explaining that to your small group in the synagogue. Somehow it doesn’t really seem sufficient to say, “Well, I changed my mind.” Talk about inconvenient!

No, epiphanies are never convenient. But God is not in the convenience business.

Epiphanies also result in massive changes. Seismic shifts in consciousness, world view and values. The Magi were changed – they “returned to their own country by another route.” (Matt. 2:12) Moses was changed. Not only did he get a promotion from shepherd to leader of Israel, but his face glowed every time he consulted with God. (Ex. 34:29) And Paul, who began as Saul, changed not only his name, but everything about his life. He had been a legalistic Pharisee, a zealot, “a Hebrew of Hebrews.” (Phil. 3:4-6) Yet Paul became a completely different man when he encountered Christ on the road to Damascus.

I was changed by my epiphany. Nothing was the same after that moment. I knew in that instant that God exists. I knew that He loved me and that there was a plan. It took a while, but eventually I quit drinking. Eventually, I remembered that I really was called to be a pastor. Ten years later I went to Seminary, pursued ordination through the RCA, and grew into the child of God I was meant to become.

How about you? What was your epiphany?

One thought on “A Personal Epiphany”