Epiphany kicks off with the story we know and love – the visit of the Magi, ­the bringing of gifts, the light shining into the darkness.

Hard on its heels, though, is a far darker story: the murder of innocents and the genocide of children. Herod, the supposed King of the Jews, finds his power threatened and needs to protect himself at any cost. Another king of the Jews? Not if Herod can help it.

That’s the thing about power. Once we have it, we need to protect it. Fear and insecurity are dangerous things.

Epiphany opens with the beautiful message of the good news of the birth of the King for all nations, the light that shines into the darkness. The birth of the Christ-child undermines the systems of power of this world. 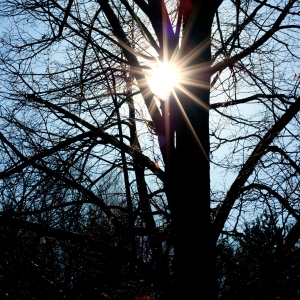 At this point, we are usually ready to denounce the systems of power of this world, to point out the way that it perpetuates injustice, to sound the rallying cry for profound social change.

That’s all well and good, but it’s not where I want to go today.

Allow me to make a bold claim: we are all like Herod.

Do we order the death of innocents? Probably not. (I hope not!)

Herod was the quintessential outsider. He claimed to be King of the Jews but wasn’t really even fully Jewish. He was a Roman puppet king whose fear and insecurity blinded him to the pain and injury he caused.

Like Herod, we find ourselves turning inward, protecting ourselves and our interests first, despite the cost to others.

We put up walls around our social groups, inadvertently (and sometimes not so inadvertently) driving away anybody who would threaten the social cohesion of our group. Our fear of rejection causes us to reject others.

Within families and marriages, we know just the right words to say to cause the most damage. We know each other’s deepest fears and insecurities. As tempers boil, we run full tilt into the fray, saying the words that we know we will later regret, but that doesn’t stop us. We say it anyway. Our fear of getting hurt causes us to hurt others.

We don’t have to look too far within our own lives to see the disastrous effects of fear and insecurity. We probably don’t even have to look beyond our families and friends to find the victims of our Herodian behavior.

At the core of all of this is a system of power that rests primarily in accomplishment. We work to achieve social status. Ask any middle school student who is carefully crafting his or her reputation. We put our own needs and interests first in our relationships with others because we have earned it. We convince ourselves that the other party is at fault, that we have earned the right to be upset and to cause pain – even if only at a subconscious level.

The power of Epiphany is the infinite, never-ending, never-giving-up, nothing-you-can-do-to-earn-or-deserve-it love of Jesus.

The light that shines in the night, beckoning the Magi to come to Bethlehem, is the same light that embraces us, whispering to us through the ages,

The love of Jesus answers our own insecurities, our fears, and our anxieties.

The love of Jesus invites us to turn and extend that same love to others. The love that unbalances systems of power and turns the world upside down is the same love that we, in turn, extend to others.

Outsiders are brought in.

Those who were excluded are included.

Freedom to rest in the infinite love of Jesus, an invitation to join the Kingdom – this is the power of Epiphany.

2 thoughts on “The Power of Epiphany”

View all posts by klplockmeyer