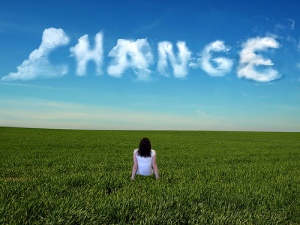 Yesterday, Facebook telegraphed the news that the Reformed Church in America is creeping forward in its long process of embracing women’s spiritual gifts. By the approval of a majority of local classis, the elimination of the “Conscience Clause” will come before General Synod for final approval.

This provision has allowed those opposing women’s ordination to visibly and vocally dissent, for reasons of personal conviction, and allowed them to refuse to participate in ordinations or installations of female clergy or in some cases even refuse to engage female colleagues in the business of the church. Now, this shield will go away.

The Clause was meant as a bridge, an accommodation to ease the stress of change as the church transitioned to an inclusive position, based on the conviction that the scriptures did allow for the recognition of ordained women leaders. For the RCA, this change began over thirty years ago with the opening of the office of Minister of Word and Sacrament.

The “Conscience Clause” is now judged to be unnecessary and inappropriate because sufficient time has passed for the implementation of this change and because it has been used not so much to accommodate the adjustment as to legitimize the ongoing obstruction of its clear intent and continue a debate that the church has considered settled regarding the proper role of women. It has fueled enduring resistance amongst a minority well after its practical application (of letting the church “sample the wares” of gifted women”) has been satisfied.

This marks a decisive moment in the history of change effecting one small denomination and the slow turning of the church at large. I am convinced it is positive and represents God’s unfolding work of redemption and reconciliation in the affirmation of women’s full humanity and the calling of the church to greater faithfulness in emulating the values Jesus Christ himself modeled regarding women relative to the social norms of his day. In one small way, it adds another witness to the proposition that women, like men, are made in God’s image and are fully human.

Sadly, for many, it comes too late – too late to avail the church of their gifts, too late to bear witness to the greater society of the powerful testimony of Christ’s liberating intentions, too late to inspire and engage a large body of women who rightfully look upon the conservative church as being co-conspirators in their captivity. It is hard to be ebullient about a change that has taken so long to come.

Nearly sixteen years ago, I spoke at Western Seminary’s graduation. As class president, it was mine to say a word on behalf of and to the classes that were entering ministry and to all of those who had accompanied them on their journey—family, faculty, the church at large. I spoke about change.

It seemed to me that change would be the one constant we would confront throughout our careers. Change, of course, is perennial –the only thing that never changes is change itself. But even change is changing in our time, at this very moment, because it is accelerating exponentially. The rate and scope of changes we are dealing with is without precedent in human history.

I had been impressed by a conference speaker who showed how change, viewed as a trend line, accelerates exponentially. He gave this example: Imagine a pool, empty except for one water lily on the first day of the month. The lilies would double each day until on the thirtieth day, when the pool would be full.

Now, on which day would the pool only be half full? That’s right, on the 29th day. Exponential change follows a long slow sloping upward curve until very close to the “end”, when it shoots up like a Blue Angels fighter jet in an air show ascending nearly vertically into the stratosphere. We speak of that as the “tipping point” in complex systems analysis, like in the gradual but accumulative effects of climate change and its impact on the ecosystem. One moment things are one way; the next moment they are very, very different.

That speech fell roughly halfway from the time the RCA first began opening the offices to women and this day when they have said that they really mean it. Thirty years has passed in the accomplishment of a transition the church has said it wanted but was not ready for. And in the meantime, women have come, have presented themselves, have trained, been ordained, sought place, worked hard to use their gifts and care for God’s church and God’s creation. And their work has gone largely disregarded.

In the thirty years that have past, a steady parade of gifted women have disappeared behind a vanishing horizon, slowly giving up, transferring out, retiring after having waited and waited to be utilized, let alone affirmed. Of the hundreds trained in the RCA, perhaps equal numbers of women have eventually traveled on to different denominations, to other fields of service, to places where they could not only minister but survive by finding work that was suitable to their training and gifts. The optimism of affirmation offered in seminary eventually gives way to the realities on the ground and still believing that their call is authentic and their gifts are God-given, they find themselves journeying forward to place where they can indeed realize their call.

But in the meantime much has been lost—in time, in talent, in treasure and in the integrity of an institution that says one thing and with a wink-wink, nudge-nudge operates in a different reality where the considerations of conciliation play out as simple capitulation. In such conflicts, the nastiest parties often prevail. When we soften our conviction in the pragmatic interests of holding on to segments who cannot be pleased, only appeased, little is gained and eventually the losses come anyway.

And the real loss of deferment is never measured. We won’t know what might have been gained if we had not squandered the gifts that were earnestly presented, won’t see the harvest that was never allowed to be sown, won’t understand how we have grieved the Holy Spirit by our lukewarm response to our own conviction that the evidence of God’s calling and equipping of faithful, talented, hard working women was set aside after an initial good start, was softened, back paddled, judged to simply be too much trouble to continue pressing for.
We have indulged ourselves in caring for the sensibilities of the most reticent at the expense of the eager. We have allowed a clock to be run a very long time, like a stall at the end of a basketball game. Even now, the church proceeds in fear of the potential loss of those disaffected who will surely schism if their demands are not met, the conservative ones who are not and will not be convinced. And so we are consumed by internecine conflicts while the world in which we live and are called to bear witness tilts on a much greater axis.

Of course, that was the very same argument used to try and persuade women to “stand down”, in the interest of the greater good of the kingdom, to soften the rhetoric, lessen the impatience, defer yet again. And what it accomplished was the disaffection of a generation of young women for whom the argument of their full humanity was indubitable and raw evidence overwhelming of the church’s disinterest in treating them in accordance with their own sense of personhood, as affirmed by the gospels and their own robust faith. We have behaved as if it is our option, whether or not to engage change instead of trying to discern how we are to bear faithful witness in the midst of it. We do not have the luxury to decide whether or not to engage change. We, of all people, who embrace the idea of “Reformed, always Reforming” are too often consumed by a compulsive desire to arrest all progress in the name of cultural, not scriptural, fidelity when all we really are doing is wrapping ourselves in nostalgia.

We have been straining at gnats as we ignore a “sea-change” in our understanding of what it means to be people in today’s world—especially people in relationship. Blow after blow is slamming the fortresses of our encultrated and comfortable social location as the church. We are more inclined to worship our comfort zone than our savior who leads us into new and uncomfortable places, including recognizing God in the face of the other.

How are we to cope? My advice sixteen years ago still seems right to me: When you don’t know what to do, remember who you are. Let your identity become your guiding star on a starless night, your lodestone. If you know the character of God, if you have opened yourself to the presence of the Holy Spirit, if you strive to follow Jesus in word and deed, in temperament as well as principle, you will find your way. The church is in the midst of perhaps the greatest cultural shift we have experienced since Constantine. How are we to survive? By being the church! By being the authentic church, the body of Christ, by following Jesus who is our head into the truth that liberates and the love for one another that transforms.

We do not have thirty years to languish over the conflicts that confront us today. We cannot indulge ourselves in the reckless extravagance that comes from yielding to our immature and self-serving tendencies. There is no time for the power plays and the factious deconstruction of groups that teeter on the brink of becoming micro-denominations through the interminable divisions that serve only a few kingmakers with the creating of ever smaller ponds for those who wish to become big fish.

Let us learn from the lessons of the past thirty years as we engage in still more challenging problems that confront the church of Jesus Christ today. And let us use all of the gifts at our disposal in obedience to that call.

Published by Rev. Charlotte A. Ellison

Rev. Charlotte A. Ellison, M. Div. is a minister, speaker, author and non-profit specialist who is currently the pastor of First Presbyterian Church of Albion, MI. Raise in Franklin, MI Charlotte spent many years in Grand Rapids MI and has worked in Christian Publishing (Eerdmans), Christian Relief and Development (World Vision), Chaplaincy (hospital and hospice), Non-Profit (LOVE For Children and Heartside Ministry) and parish ministry. Graduated from Western Theological Seminary and ordained in the RCA in 1997, she is now a member of the PCUSA. She is passionate about finding ways for the gospel to speak to our world and transform it View all posts by Rev. Charlotte A. Ellison